for the most innovative commercial
battery storage installation

These are the winners

The installation company Klaus Schleicher Energietechnik (KSE) has won the final vote - and thus the InnoInstall Award 2021! The prize, awarded for the first time, recognises the innovative energy concept that KSE has implemented in its new company headquarters. At the heart of the concept is a multifunctional storage system from TESVOLT. This not only manages the charging of the electric vehicle fleet and optimises the consumption of the PV system on site, but also provides backup power in the event of a power failure.

Sven Huntemann and Christian Löffler from TESVOLT provided support for the project. They presented the award to KSE in person and on site. Always in their thoughts is TESVOLT's first full-time sales manager, Frank Petrik, who had initiated the project. He passed away at the beginning of this year after a long and severe illness and has been sorely missed at TESVOLT ever since. 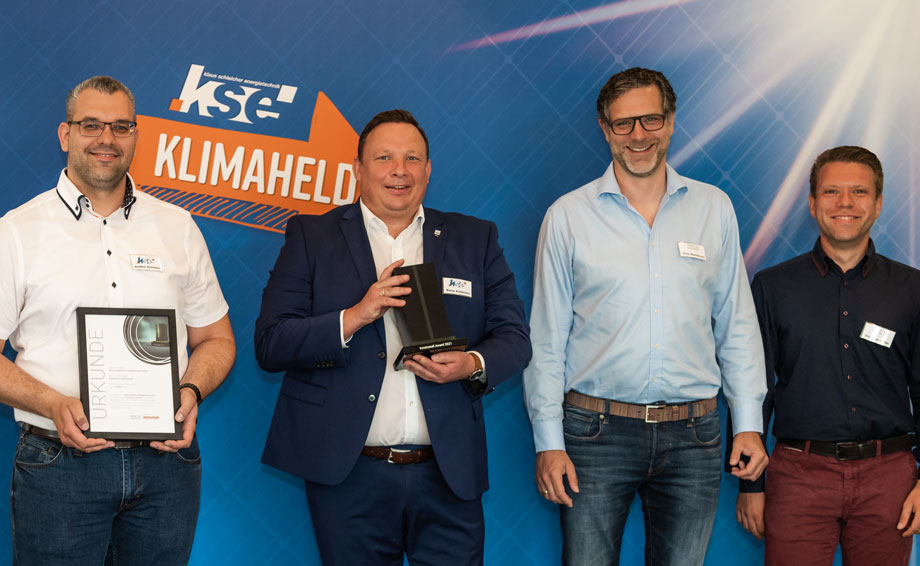 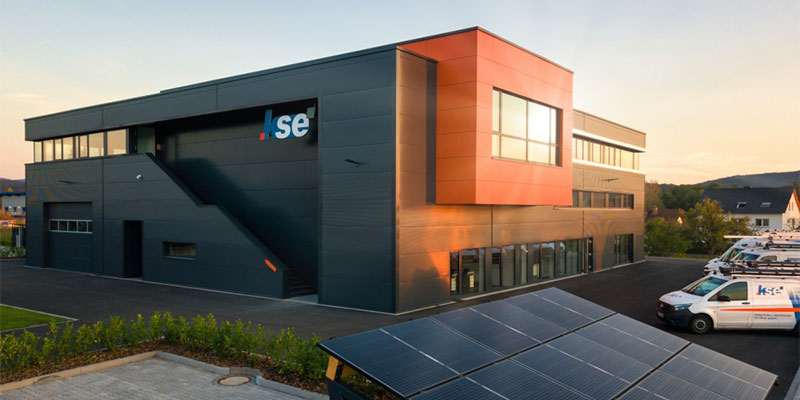 The company base as a blueprint

The innovative concept of the Klaus Schleicher Energietechnik business in Eichenzell combines a solar energy system with a storage unit, 16 charge points and an infrared heating system. 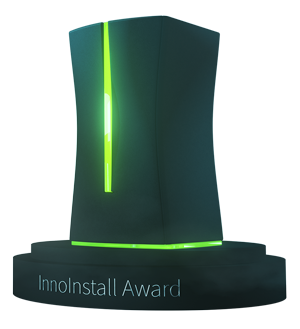 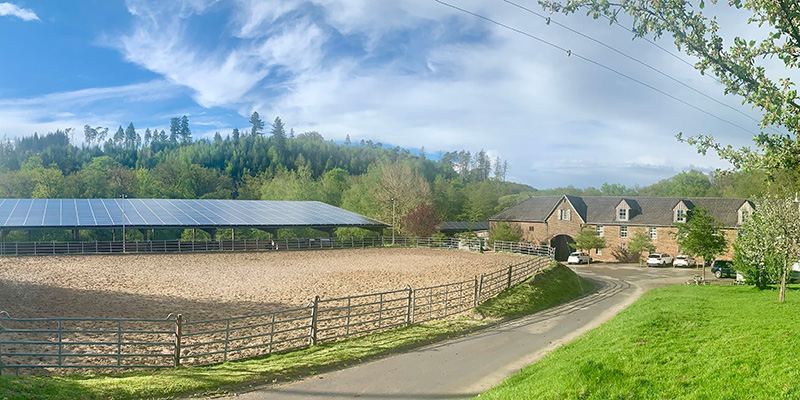 The tinkerer from the horse ranch 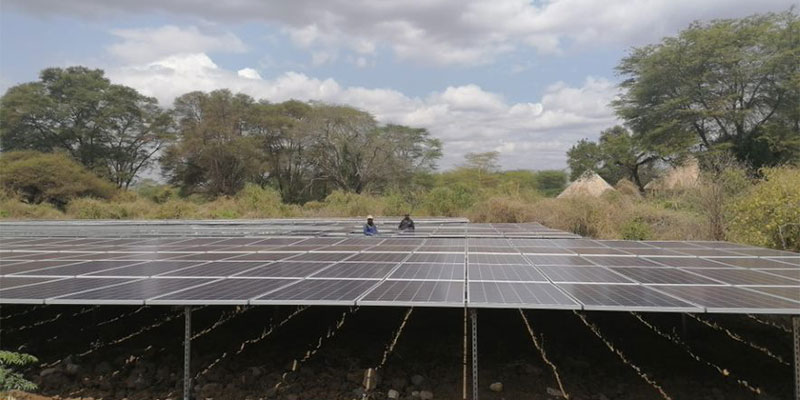 Studying under green conditions in Kenya

A campus for students in the middle of the savannah in Kenya is supplied with renewable energy and storage units - the all-terrain vehicles now run on green electricity. 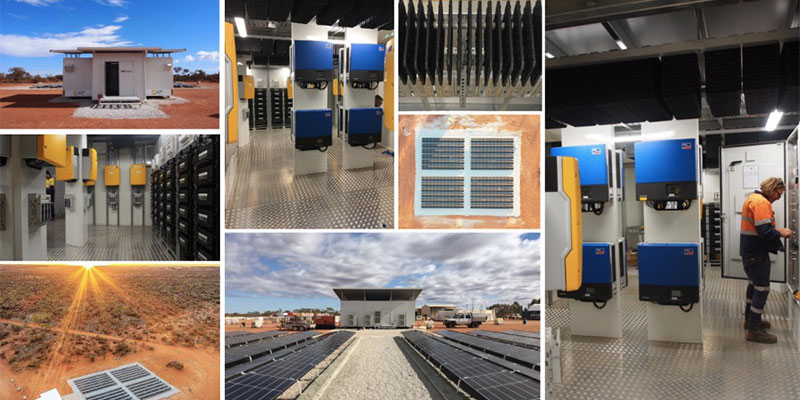 An Australian gold mine lowers operating costs with solar energy and storage. A special material is thermally charged by the sun during the day to provide cooling at night.

Are you an installer and have you developed and implemented an individual project for a customer that goes beyond standard applications? Did you install a TESVOLT battery storage system as part of this? Then send us your project by 15 April and join the race for the award!

The focus is on the level of innovation of the project, which will be assessed by an expert jury. This will include the specialist journalist Niels Hendrik Petersen, Dr Julia Badeda from Abo Wind, the independent consultant Hans Urban, and TESVOLT founders Daniel Hannemann and Simon Schandert.

More at stake than just glory and honour

The winner will receive the prestigious InnoInstall Award as well as a grant of €5,000 for a joint advertising campaign with TESVOLT. In addition, the project and the award-winning installation company will be presented in photovoltaik publications and here on the website. Second and third place will receive a grant of €1,000, a short presentation on the website and a certificate. 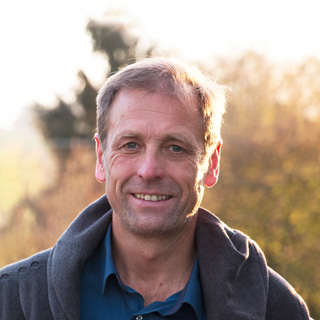 is a consultant in renewable energies and e-mobility. After completing his studies in electrical engineering at the TU Munich, he has gained decades of experience in leading positions across the electronics and solar industries, including as CEO of Schletter. He has been working as a freelance consultant in renewable energies and e-mobility since 2017 and provides advice to storage and solar companies, regional energy suppliers and local authorities. 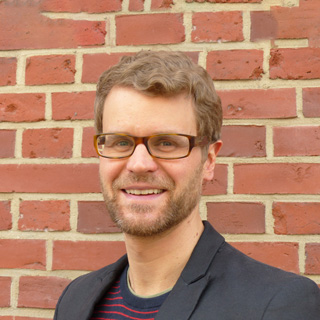 The journalist and economist (graduate of FU Berlin) has been writing about the energy transition for various media for more than ten years, including the photovoltaik magazine, PV Europe, Erneuerbare Energien, HZwei, E&M and Technology Review. He has been following the rapid development of the storage industry for photovoltaik since 2013. 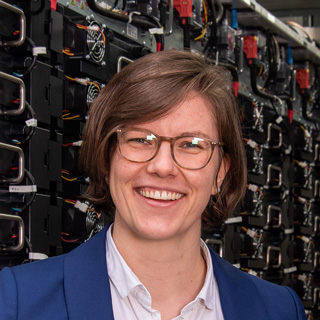 studied industrial engineering at RWTH Aachen University and at the University of Queensland, Australia. She worked as a research assistant for over five years at the ISEA Institute under Professor Dirk Uwe Sauer. In the course of this, she managed the department for grid integration of batteries and storage system analysis. She has been in charge of the Hybrid Energy Systems department at the project developer Abo Wind since 2019. 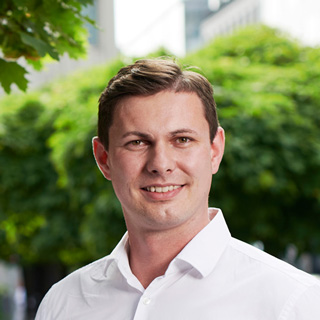 completed an apprenticeship as an engineer for buildings and energy before studying Environment and Sustainability and earning his Bachelor of Engineering at Beuth University of Applied Sciences in Berlin, followed by his Master of Science degree in Business Administration and Electrical Engineering at the TU Berlin. Back in the summer of 2014, he founded the company TESVOLT together with Daniel Hannemann, of which he is now CTO. 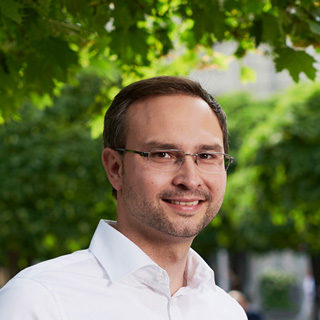 completed his Bachelor of Science degree in Computer Science at Anhalt University of Applied Sciences and his Master of Arts degree in Sustainability Management at the Berlin School of Economics and Law. Back in the summer of 2014, he founded the company TESVOLT together with Simon Schandert, of which he is the CEO today.

An Australian gold mine lowers operating costs with solar energy and storage. A special material is thermally charged by the sun during the day to provide cooling at night.

A gold mine 1,200 kilometres east of Perth used to supply itself with energy entirely using diesel generators. Now, a photovoltaic system with an output of 170 kilowatts and a storage unit with 408 kilowatt hours ensure the supply. Expensive transport and fuel costs are eliminated. The solar energy is also used thermally: A special material is charged by the sun during the day and used for passive cooling at night: In summer, temperatures in the Australian outback can reach 52 degrees Celsius. The silent battery operation also allows staff to sleep better at night.

The concept reduces operating and maintenance costs, and the lithium storage ensures a consistently high power quality for the machines. The project is expected to pay for itself in less than five years; no government subsidies have been received. Sustainable ESG investments are thus strengthened. After all, like all other sectors, the mining sector needs to cut CO2 emissions quickly. At the opening ceremony, the Australian government commended the project.

Unlimited Energy Australia builds innovative renewable energy infrastructures in all sectors to help their clients save on energy costs: from remote mining operations like gold mines to commercial centres: the company offers customised and turnkey solutions. Unlimited Energy is the exclusive technology partner for TESVOLT energy storage systems in Australia. Together, they won The smarter E Award in 2018 for supplying energy to an avocado farm in Southwest Australia.

The tinkerer from the horse ranch

A new solar system with 178 kilowatts was installed on an indoor riding arena in the German region of Bergisches Land. A smaller old system from 2012 already existed. The operator integrated a battery storage system, a commercial EV charging station as well as a private wallbox and wood pellet heating into an overall concept. According to the planner, the need for coordination with the grid operator was complex until a metering point concept was available that could be approved. The concept increased the degree of self-sufficiency, especially in the transitional periods of spring and autumn. The storage unit itself was subsidised by the state of North Rhine-Westphalia on the order of 50 per cent.

The entire solar system with storage unit is financed through a feed-in tariff, the marketing of the electricity to the operator of the stable as well as higher self-consumption through electric mobility, the sale of electricity at the charging station, and a buffer storage unit for hot water. The integration of all components resulted in a flexible overall system optimised for self-consumption.

Ulf Osmers is a freelance interim manager. The AmtmannScherf estate is a horse facility with around 85 horses for breeding and training. Osmers came to the planning of the solar plant through an external inquiry. Even before the planning, it was clear to him that he did not want to build a pure feed-in system, despite the shorter payback period. He decided to take solar as far as possible in order to increase the degree of self-sufficiency.

Studying under green conditions in Kenya

A campus for students in the middle of the savannah in Kenya is supplied with renewable energy and storage units - the all-terrain vehicles now run on green electricity.

A world without diesel generators

The client of an Italian electrical company decided to build a student campus in the middle of the Kenyan savannah. The campus was to be powered entirely by a 300-kilowatt solar power system: The kitchens for around 80 people use induction hotplates and there are six Land Rover off-road vehicles running on electric motors; there is also a solar thermal system.

The challenge: the off-grid system and the batteries have to cover the demand at night, which is always 12 hours regardless of the seasons. To date, the system has never needed the backup of a diesel generator. The energy costs for the customer are virtually zero, with transport for fuel supply being the main cost. The campus is a prime example of the energy transition in Africa. The project could easily be transferred to the safari lodges scattered all over the continent, which currently operate on diesel generators.

Valentino Conti, an Italian, took over his father's plumbing company in 1995. From the beginning, he was interested in all forms of renewable energy, solar thermal as well as photovoltaic and heat pumps. Fifteen years ago, he started building a few small plants in Kenya. As the projects gradually grew larger, Conti and local partners founded the company Bobeco Ltd, of which he is now the technical director. Conti is mainly involved in importing materials from Europe to Kenya.

The company base as a blueprint

The innovative concept of the Klaus Schleicher Energietechnik business in Eichenzell combines a solar energy system with a storage unit, 16 charge points and an infrared heating system.

A solar installer shows what is possible today

The location of Klaus Schleicher's business in the East Hessian administrative district of Fulda paints a clear picture of the future of how easily the energy transition can even be implemented by businesses - saving the company money and making it easier to plan costs. The new TS I HV 80 commercial storage system provides 75 kilowatts of output and 76.8 kilowatt hours of electricity, giving the company greater self-sufficiency. The company's solar self-consumption has been increased and peak loads can be shifted in a way that saves costs.

The storage unit can simultaneously control and optimise the EV fleet and the electrical heating system via an intelligent charge management system. The battery storage pays for itself overall through the savings in energy costs. The impact of the project on the public perception is also important: As a large solar installer in the region, the company wanted to realise its own lighthouse project that shows commercial customers what is already possible today.

The installing company Klaus Schleicher Energietechnik, KSE, from Eichenzell-Welkers was founded in 2004. The company currently has a staff of 50. According to information provided by the company, it has a market share of 85 percent in the region of Eastern Hesse and offers "everything from a single source", as is the motto of the company. So far, the company has installed around 5,000 PV systems, with an output of up to 750 kilowatts per system. KSE has already received the Top 100 Innovator award for medium-sized companies this year.